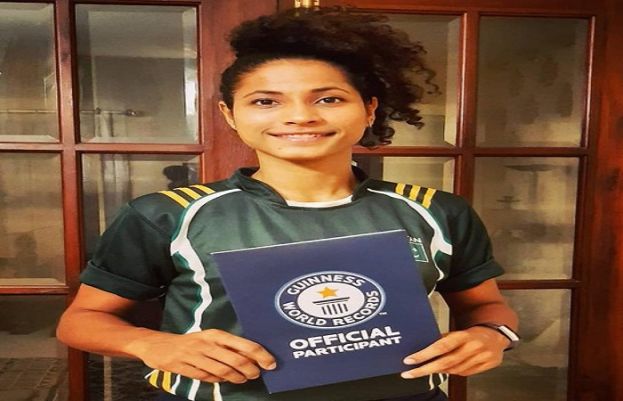 The International organization issued certificate to Hajra Khan on her new record. It is third time she registered record in Guinness book of world records.The 27-year-old young girl is leading the national team since 2014.

According to sources, last year a 69 hours long mixed football game were held in Lyon, City of France, in which 800 players were participating from across the Globe. Hajra Khan also took part in that game and scored several goals and succeeded in registering her 3rd record in the Guiness Book.

IT’S HERE!
My third just in time!
Record for the longest football match played for 69 hours in Lyon, France ????
•
Will fight until the playing field is EQUAL!
This is why I do it! ??
•

The Guinness Book issued her a certificate for the longest football match played which was 69 hours long. She shared the news with fans on social Media.

However, it is also worth mentioning that Hajra Khan is the captain of Pakistan women Football team since 2014 and the team is performing well under her leadership. She has registered 3 records in the Guinness book of world record till now.

Competitive sports in England gets green light for Monday restart