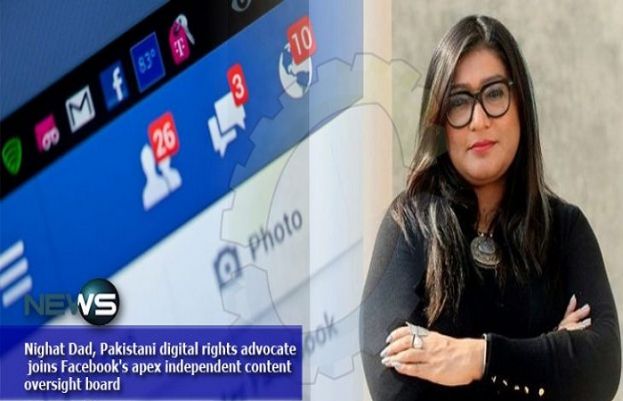 The decision was announced by the social networking site on Wednesday.

The oversight board is to make final decisions regarding the kinds of posts known to embroil Facebook in controversy about censorship, misinformation or free speech.

The 20 announced members of the panel come from various countries and include jurists, human rights activists, journalists, a Nobel peace laureate and a former Danish prime minister.

“This is a group that has a diverse set of insights, backgrounds, and beliefs but share a deep commitment to advancing human rights and freedom of expression,” board director Thomas Hughes said during a phone briefing.

The board is to be expanded to 40 members. It remained unclear when the board would start hearing cases due to restrictions on gathering or traveling caused by the deadly coronavirus pandemic.

Board members have met virtually and training has started, according to Hughes.

The board was first proposed by Facebook co-founder and chief Mark Zuckerberg in 2018, and the California-based internet giant has set up a foundation to fund it operating as an independent entity, Harris said.

“As the world lives through a global health crisis, social media has become a lifeline for helping people and communities to stay connected,,” the board said in a blog post.

“At the same time, we know that social media can spread speech that is hateful, harmful and deceitful. In recent years, the question of what content should stay up or come down, and who should decide this, has become increasingly urgent for society.”

Hughes said he was open to the board serving as an arbiter of disputes for other social media firms such as Twitter but that, for now, the focus is on filling its roster and getting into action on cases about Facebook or Instagram posts.

Not the ‘internet police’

Facebook will implement the board’s decisions, unless they violate law, and “respond” to guidance on policies, according to Harris.

The board said it will decide whether disputed posts comply with Facebook and Instagram policies and “values” as well as freedom of expression within the framework of international norms of human rights regardless of the social network’s corporate interests.

The board will make decisions public and report on how well Facebook obeys rulings.

Zuckerberg has personally assured the board the social network will abide by its decisions, according to co-chair Helle Thorning-Schmidt, a former prime minister of Denmark.

“This board is not designed to be an echo chamber,” said co-chair Catalina Botero-Marino of the Universidad de los Andes Faculty of Law in Colombia.

“Facebook would have a very high reputational cost if it doesn’t carry out decisions by a body it created to resolve its thorniest problems.”

Facebook cannot remove members or staff of the board, which is supported by a $130 million irrevocable trust fund.

“For the first time, an independent body will make final and binding decisions on what stays up and what is removed,” Thorning-Schmidt said.

“This is a big deal; we are basically building a new model for platform governance.”

Board co-chair Michael McConnell, a university law professor and former US federal judge, said the expected volume of cases would make it impossible to consider them all.

Instead, like the US Supreme Court, the board will prioritize content removal cases that can set precedents for how Facebook should handle similar material, according to McConnell.

“We are going to have to select maybe a few flowers, or maybe they are weeds, from a field of possibilities,” McConnell said.

The board plans to first focus on cases affecting large numbers of users; second on cases look to have major effect on public discourse, and then those that effect policy at the platform, he explained.

“We are not the internet police,” McConnell said.

“Don’t think of us as a fast action team that is going to swoop in. Our job is to consider appeals, provide an after-the-fact, deliberative second look.”

According to Facebook, the Oversight Board members have lived in more than 27 countries, and speak at least 29 languages among them.

— Catalina Botero-Marino: A former special rapporteur for freedom of expression of the Inter-American Commission on Human Rights of the Organisation of American States; currently dean at the law school of the Universidad de los Andes in Colombia.

— Michael McConnell: Former US federal judge who is now a constitutional law professor at Stanford University.

— Helle Thorning-Schmidt: Former prime minister of Denmark who later served as CEO of Save the Children.

— Pamela Karlan: Stanford Law professor and former US Justice Department official who is on the board of the American Constitution Society.

— Maina Kiai: A director of Human Rights Watch’s Global Alliances and Partnerships Program, and a former UN special rapporteur who has been a human rights advocate in Kenya.

— Ronaldo Lemos: A technology, intellectual property and media lawyer who co-created a national internet rights law in Brazil, and teaches law at the Universidade do Estado do Rio de Janeiro.

— Emi Palmor: A former director general of the Israeli justice ministry who led initiatives to address discrimination and promote diversity.

— Alan Rusbridger: A former editor-in-chief of The Guardian who oversaw its Pulitzer Prize-winning coverage of the Edward Snowden disclosures.

— Andras Sajo: A former judge and vice president of the European Court of Human Rights.

— John Samples: A vice president of the US-based libertarian Cato Institute who writes extensively on social media and speech regulation.

— Nicolas Suzor: A Queensland University of Technology Law School professor who focuses on the governance of social networks.

SpaceX, NASA call off crew launch due to bad weather