Shibli Faraz should be concerned about public patience rather than Shehbaz: Maryam Aurangzeb 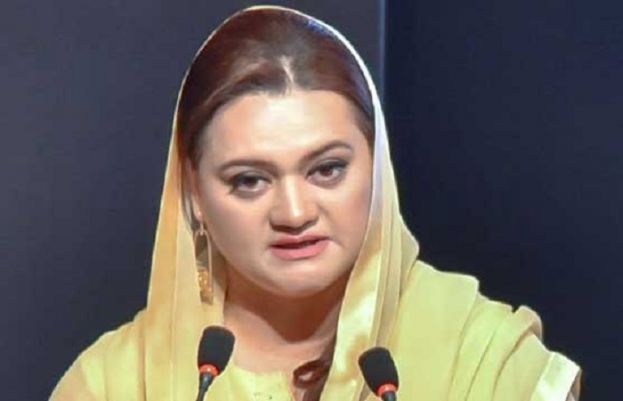 Pakistan Muslim League-Nawaz (PML-N) spokesperson Marriyum Aurangzeb said in her response to a statement of Minister for Information and Broadcasting Shibli Faraz that he should be more worried about the patience of the public rather than Shehbaz Sharif.

Marriyum Aurangzeb said that the patience of the people has run out after hearing the lies of the Prime Minister and his spokespersons. Imran Khan should remain patient having not found corruption of even a single penny against Shahbaz Sharif despite all the efforts of NAB-Niazi nexus for two years, she added.

Earlier in the day, Information Minister Shibli Faraz had advised Shehbaz Sharif to be patient on his luck in politics and said that the rumors of elections are being spread to avoid accountability.

In his tweet senator Shibli Faraz responded to Shehbaz Sharif’s statement and said that Shehbaz should be patient as he is not comfortable while sitting in the opposition after remaining in power for years and years.

Shehbaz Sharif will be held accountable this time around: Shibli Faraz