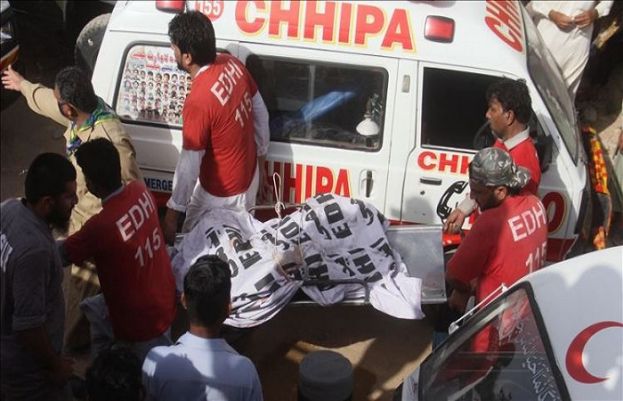 Forensic teams from the Punjab Forensic Science Agency arrived in Karachi on Saturday to collect DNA samples from the victims of Pakistan International Airlines (PIA) flight PK-8303, which had crashed a day earlier.

A total of ninety-seven people lost their lives in the tragic accident. The plane had been seconds away from an emergency landing at the Karachi Airport on Friday afternoon when it crashed in Model Colony, a residential area near the airport.

Only two survived the crash — the chief executive of the Bank of Punjab and a young engineer. No casualties were reported on the ground.

He added, the teams will collect samples from the bodies and the victims’ parents, siblings or children to identify the victims.

“As soon as the samples reach Lahore, we will work day and night to get the result out as soon as possible. The result of the DNA tes will be available in 24 hours,” he said.

Earlier on Saturday, the Sindh Health Department confirmed that 66 bodies had been shifted to Jinnah Hospital, of which 20 bodies were of women and 43 of men. Three bodies of children had also been brought to the hospital.

The provincial health department said 50 bodies at the hospital were yet to be identified, while 16 bodies had been identified.

The health department further said that the remaining 31 bodies had been moved to Civil Hospital, of which six bodies were of women and 25 of men. It said 28 of bodies kept at the hospital have yet to be identified while the process of identification had been completed for three.

Separately, rescue officials said some bodies had later been shifted from the Civil and Jinnah Hospitals to an Edhi morgue in Sohrab Goth and the Chhipa morgue at FTC.

“DNA samples were taken from the bodies before being shifted to the morgues,” officials said, adding that 96 bodies were at the morgues, while one had been handed over to the deceased’s relatives.