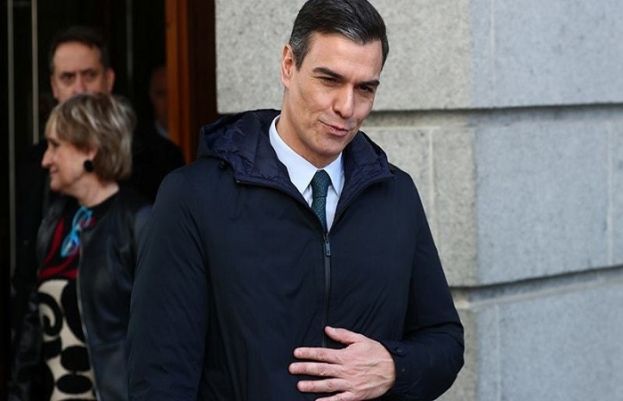 Spanish football’s top flight division La Liga can return to action from June 8 after being disrupted by the novel coronavirus pandemic, the country’s Prime Minister Pedro Sanchez said on Saturday.

All organised football in Spain was provisionally suspended on March 12 although clubs in the top two divisions have since returned to group training.

La Liga has yet to officially confirm a date on which it will resume, although president Javier Tebas had said previously he hoped the season could do so from June 12.

“Spain has done what it needed to do and now new horizons can open for everyone. The time has come to recover many of our daily activities.

“The resumption of major professional sporting competitions and in particular La Liga will be allowed from the week of June 8,” Sanchez said on Saturday. “Spanish football has a huge following but it will not be the only recreation activity that will return.”

More than two months after the Covid-19 pandemic halted the season in Spain, players have begun training in small groups as they aim to be as ready as possible for the planned reboot next month.

Tebas has said the preferred date for games to resume is Friday, June 12 and Sanchez’s announcement means that plan has been given the green light from the government.

Clubs have 11 games left to play to finish the season, with the proposed final round to be completed by the end of July.

A compressed calendar would mean teams playing matches both in midweek and at weekends while fixtures will be held behind closed doors, with only 197 people allowed to attend, according to a protocol prepared by La Liga.

Players will also undergo tests for coronavirus the day before games and will have their temperatures taken before being allowed to enter stadiums.

La Liga’s staggered training programme meant players began working individually at training grounds on May 4 and were able to expand into groups of up to 10 players this week.

The top flight was first suspended on March 12 after Real Madrid went into quarantine on the same day following the positive test of one of the club’s basketball players.

But Tebas has been adamant the league must restart, having estimated that a cancellation of the season would cost clubs around one billion euros ($1.09 billion).

Tebas has said the chance is low of players infecting each other during games.

“In the match environment, infection is practically impossible because we have carried out a study that we will present that shows the smallest risk is in matches if everyone respects the medical protocol,” Tebas said earlier this month. “If things are done as they should be, there shouldn’t be any infections. If five infections appear in one club, it would suggest some negligence.”

Spain is one of the many countries worst-affected by the coronavirus outbreak, with more than 28,000 deaths and more than 234,000 cases of infection diagnosed. But the daily death toll has been steadily declining, with only 56 deaths registered on Friday.

Spain has also begun to relax one of Europe’s strictest lockdowns, with the provinces of Madrid and Barcelona set to allow gatherings of up to 10 people from Monday as they move into the first phase of a de-escalation.