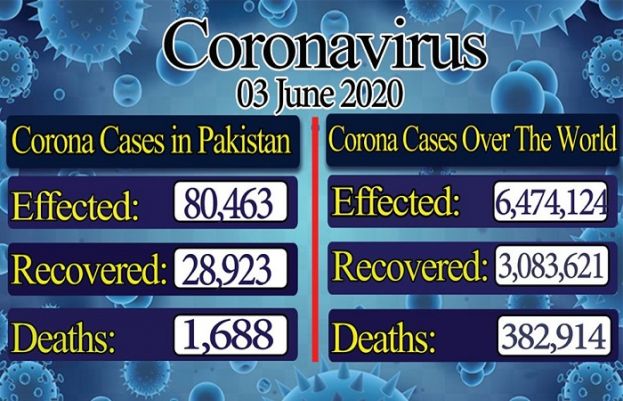 The number of confirmed COVID-19 cases in Pakistan rose to 80,463 on Wednesday after new infections were confirmed in the country.

The province-wise break up of the total number of cases are as follows:

More than 6.39 million people have been reported infected with the novel coronavirus globally and over 379,000 have died, according to a Reuters tally.

PPP leader Maula Bux Chandio became the latest lawmaker to contract the coronavirus, confirmed a spokesperson of the senator.

NAB readies another request against Zardari, requests court to freeze his Clifton…

Sindh chooses to dissent with Federal govt over increment in power levy, over…