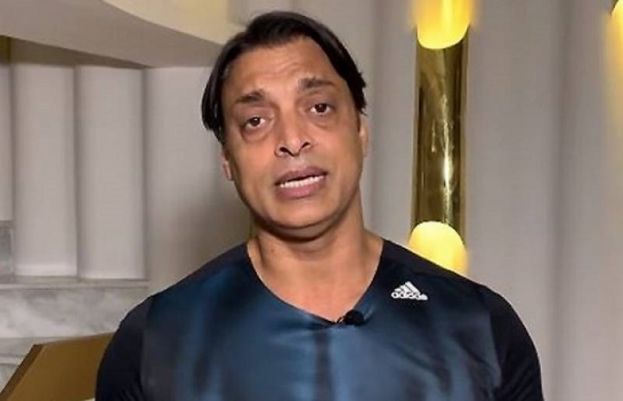 Sources in the FIA informed Geo News that Akhtar has been ordered to appear before the agency on Friday at 11am.

However, Akhtar’s team has denied receiving any notice from the FIA.

“My client has not received any notice from the FIA,” his lawyer, Abuzar Salman Niazi, told Geo News. “If a notice is received, we will respond with a reasonable answer.”

In April, Akhtar and Rizvi had clashed after the former posted a rant on YouTube, accusing the latter of profiteering by creating protracted legal wrangles between the board and its players and describing him as “an inept person of highest order”.

In response, the adviser had filed a Rs10-million defamation suit against the fast bowler. “The remarks given by Shoaib Akhtar has affected my goodwill,” Rizvi had said.

“He said false things about me on social media. His remarks were seen and heard abroad as well. Therefore, I decided to take legal action against him.”

The PCB adviser had also said he would take action against Akhtar outside of Pakistan. He had also registered a complaint with the FIA, alleging that Akhtar’s “inappropriate” remarks were defamatory and intended to stain his legal career.

The PCB had expressed its “disappointment” with Akhter’s outburst and termed it “highly disrespectful”. It had also clarified at that time the legal notice sent to the cricketer did not involve the board’s backing but had hinted that it could change.

“The PCB is disappointed with Shoaib Akhtar’s poor choice of words while publicly commenting about the PCB’s legal department and its legal advisor,” the board had said in a press release.

The cricket board — which was also allegedly accused of “lending cover and condoning match-fixers” by the fiery former fast bowler — further said: “The language used by Shoaib Akhtar was highly inappropriate and disrespectful, and cannot be condoned in any civilised society.”

The board, however, said that the lawsuit filed against Akhtar does not have PCB as a plaintiff, although that could change, it hinted.

“The PCB’s legal adviser, Mr Taffazul Rizvi, in his own discretion, has initiated defamation and criminal proceedings against Shoaib Akhtar, while the PCB too reserves its rights,” the press release had added.

Akhtar, however, had said he stood by his remarks about the PCB’s legal adviser and would send a “befitting legal reply” to his defamation lawsuit as well.

“I’ve received a notice from Tafazzul Rizvi which is based on lies & fabrications,” Akhtar had said on Twitter.

“I stand by my words regarding incompetence & unsatisfactory performance of Mr. Rizvi,” he had added.

In a video on his YouTube channel, Akhtar had said the PCB had “given cover to, saved and rehabilitated match-fixers, which has developed this mindset that ‘okay I will serve my six-month or two years ban but will be back again like Sharjeel Khan'”.

He had explained that corrupt elements would remain in the system until it was criminalised through the Parliament and the treatment of guilty cricketers was taken out of the board’s hands.

“The PCB’s legal department is rotten to the core. Tafazzul Rizvi in particular is one such individual. He has deep connections and has been with the board for 10-15 years.

“There has never been a case that he has not lost. The thing that angered me the most was when he dragged Shahid Afridi in courts. I believe that stars are born and must be respected, and these lawyers use our high-profile cases to earn fame.

“He is an idiot of the highest order and has lost cases against me, Afridi, doping case … everything. What he does is that he pits PCB against its players and profits off of their legal wrangles.

“The legal department did not spot that. When betting is illegal here then how come PSL matches were gambled on?”