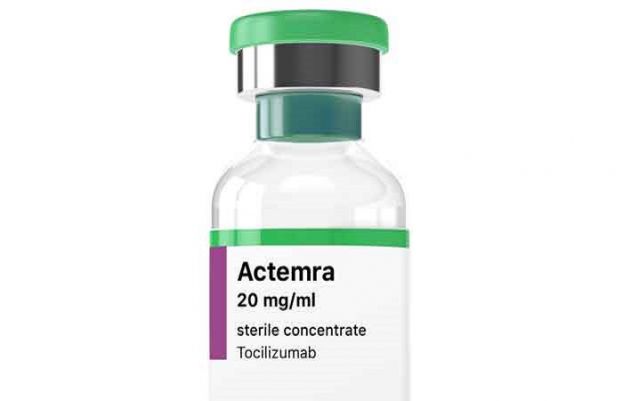 The health ministry swung into action on Saturday after reports emerged that two drugs currently being used for the management of COVID-19 patients were in short supply in the country.

Chairing a meeting regarding the coronavirus situation in the federal capital, Special Assistant to the Prime Minister on Health Dr Zafar Mirza said tocilizumab and remedesivir injections used for the COVID-19 patients will be made available by the government.

The premier’s aide said these medicines will be distributed to critically ill patients through a robust mechanism to meet the needs of various hospitals.

Dr Mirza said that taking cognizance of reports of short supply of these two injections immediate action was taken. After extensive efforts, there is an improvement in the availability status of the tocilizumab injection, he said.

Tocilizumab is a humanized monoclonal antibody that ordinarily used as an immune suppressant agent in rheumatoid arthritis.

The authorities have included it in the National Clinical Management Guidelines for use in the treatment of critically ill patients of COVID-19 who have Cytokine Release Storm.

The SAPM said directions have been issued to National Task Force on Eradication of Spurious and Sub-standard drugs to apprehend the black marketeers.

“The public is encouraged to inform the Drug Regulatory Authority of Pakistan (DRAP) on its toll-free number 0800-03727 in case they have been over-charged for the Actemra Injection.”

“Strict action will be taken against elements found involved in over-charging or black marketing of life-saving drugs in accordance with DRAP Act 2012,” he said.

Meanwhile, in a meeting of DRAP’s Drug Pricing Committee, the price of remedesivir was also finalised.

In the Drug Registration Board meeting held on 8th – 11th June 2020, two importers and 12 local manufacturers of remedesivir have been approved for market authorisation. The approvals would allow larger quantities to be made available.

Actemra import from US approved
Later in the day, Punjab Health Minister Yasmin Rashid said that the government has allowed the import of Actemra from the US. The manufacturer (Roche) had earlier informed the authorities that due to certain restrictions, the drug can only be imported from Japan.

Addressing a media briefing, the health minister said the provincial government had requested the drug regulatory authority (DRAP) to grant the permission to import it from other destinations.

“Roche, the manufacturer of Actemra, informed us that the drug is not produced in a large quantity in Japan to meet the local requirements so we asked the federal government to allow import from the US,” Rashid said.

She, however, warned the people to not use it on their own and follow the protocols issued by the health officials.

“It could be dangerous for the patient if it is used without doctor’s advice. We are using it on a trial basis and we will be only able to decide after it is tried on 1,000 patients.”

She cautioned that the government will take action against those hoarding the drug to sell it at higher rates.

Through advertisements in today’s newspaper, the Swiss manufacturer also informed health practitioners to contact their authorised distributor for its availability on government-approved rates.

COVID-19: WHO calls for aggressive measures to fight against pandemic as cases soar