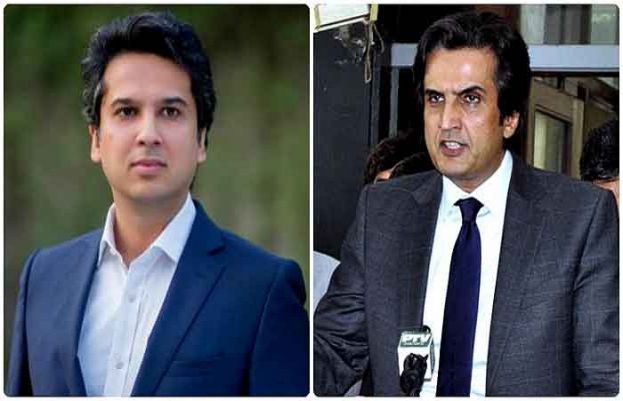 The Supreme Court on Wednesday dismissed a constitutional petition seeking disqualification of Federal Minister for Economic Affairs Khusro Bakhtiar and his brother.

A two-member bench of the apex court, headed by Justice Mansoor Ali Shah, rejected the petition after hearing arguments from the petitioner who took the Makhdum brothers to the SC for allegedly concealing their assets at the time of contesting 2018 general elections.

Hearing the case at the apex court’s Lahore registry, the bench observed that there seems no flaw in the Lahore High Court’s verdict that turned down the petitioner’s request to de-seat the duo.

The court further observed the petitioner should have fulfilled all legal requirements of filing an election petition.

The petitioner in his plea alleged that the federal minister and his brother concealed their assets when contesting the general elections from Rahim Yar Khan constituencies.

He pleaded with the bench to declare that Khusro Bakhtiar and Hashim Jawan Bakht are not liable to be a member of the National Assembly and Punjab Assembly, respectively.

Reference against Ahsan Iqbal in final phase in Sports City…

WHO alarmed on Europe situation as global COVID-19 cases…

Eggwhite reduces the bloodpressure – SUCH TV

China coronavirus vaccine may be ready for public in…

Prev Next 1 of 33
You cannot print contents of this website.